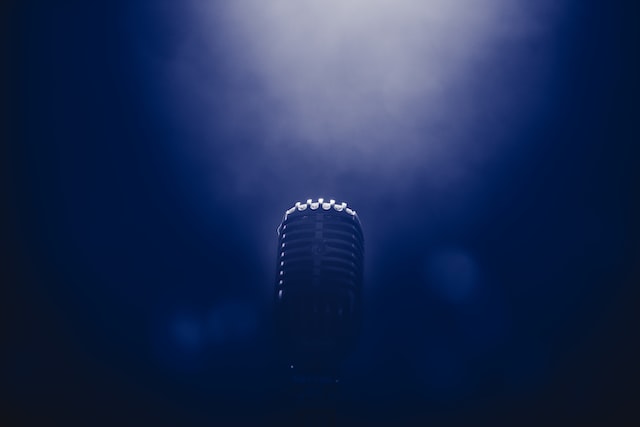 On “Midnights,” the singer-songwriter probes the realizations and reckonings of many millennial women around relationships, motherhood and ambition.

On the plucky, bucolic “Love Story” — the first single from her 2008 sophomore album “Fearless,” and one of the mainstream smashes that initiated her crossover from country to pop — a then 19-year-old Taylor Swift felt emboldened to rewrite Shakespeare, imagining a happy ending for literature’s most famously doomed couple.

“Marry me, Juliet, you’ll never have to be alone,” Swift’s Romeo proposes in the final chorus, as an accelerating tempo and sudden key change kick the song into an ecstatic gear. The answer to the couple’s woes, “Love Story” earnestly suggests, and the only sacrament that could prevent their story from becoming a tragedy, is that trusted deus ex machina of Shakespeare’s comedies: holy matrimony.

Fourteen years later, on her moody 10th studio album, “Midnights,” Swift doesn’t sound quite so sure that Juliet should have accepted the offer. “Midnights” oozes with ambivalence, not just about the sorts of starry-eyed, fairy-tale endings Swift’s earlier songs used to dream of, but also about the expectations and traditional timelines of adulthood writ large.

“All they keep asking me is if I’m gonna be your bride,” Swift sings on “Lavender Haze,” the album’s sleek introductory airing of grievances, adding, “The only kind of girl they see is a one-night or a wife.” Later, on the smeary, pulsating “Midnight Rain,” Swift revisits an old relationship seemingly thwarted by her professional ambition and ambivalence about settling down: “He wanted a bride, I was making my own name,” she sings, Jack Antonoff’s production pitching her voice down to a notably masculine register.

At 32, Swift is still as much an object of tabloid scrutiny as when she was that 19-year-old ingénue. But the excessive energy that the gossip pages used to spend on who she was dating has now transformed into a fixation on whether she and her longtime partner, the actor Joe Alwyn, are ready to get engaged, or have already gotten engaged, or have been secretly married for who knows how long. Swift’s relationship with Alwyn has been her most resolutely private and also her longest, having now reached a duration that can invite unwanted speculation even for people who are not megawatt superstars but mere mortals trying to make it through a Thanksgiving dinner. Frustration with this line of questioning bubbles over throughout “Midnights.”

In both its self-referential, backward-glancing sound and its lyrical preoccupations, “Midnights” is a record about stasis, arrested development, and that liminal time between yesterday and tomorrow. “I’ve got this thing where I get older but just never wiser,” Swift sings on the album’s infectious, playfully self-flagellating lead single, “Anti-Hero.” (In a sense, it’s a sequel to her affecting 2019 song “The Archer,” on which she plays pop star as Peter Pan and admits, “I never grew up, it’s getting so old.”)

As inwardly focused as these songs are, they also reflect something about the way Swift is perceived in pop culture. On a recent episode of Vulture’s podcast “Into It,” the host Sam Sanders asked his guest, the NPR music critic Ann Powers, why Swift — more than fellow stars who entered the spotlight young, like Adele and Beyoncé — has stayed fixed in the public imagination as a kind of eternal, “crimp-haired” teenager. “Taylor doesn’t have a child,” Powers answered, in an exchange that has since sparked a lively discussion on social media. “And in our patriarchal society, when does a woman change? When she becomes a mother.”

“We don’t know how to accept childless women as adults,” Powers added. “I’m going to thank you, Taylor, for not having kids yet because we really need more childless women out there showing their path.”

While Swift has almost never explicitly imagined motherhood in her songs (save for a brief, hypothetical lyric on the “Folklore” track “Peace” ), there are a few lines on “Midnights” that feel striking in that context. Take that spiky third verse of “Anti-Hero” — which Swift expands and dramatizes in the music video she directed — when she sings, “I have this dream my daughter-in-law kills me for the money/she thinks I left them in the will.” Even in this darkly comic rendering, motherhood is presented as a potential dilution of the legacy over which Swift has always exerted meticulous control. (Swift, with the last laugh and the tightest rein, has left her fictional heirs nothing.)

Then, of course, there’s the song’s instantly memed, irresistibly quotable bon mot, “Sometimes I feel like everybody is a sexy baby, and I’m a monster on the hill.” The lyric is enigmatic enough to invite plenty of speculation — Is it about distorted body image? Is it a “30 Rock” reference ? — but it certainly suggests some kind of anxiety about aging in an industry that fetishizes feminine youth. The Gen Z star Olivia Rodrigo has lovingly referred to Swift as “mom,” and when Rodrigo’s debut single, “Drivers License,” became a hit, Swift winkingly quoted something her own mother once said about her: “I say that’s my baby and I’m really proud.”

Since Swift is one of the most famous people on the planet, it’s hard to consider much of anything about her life “relatable” — which poses an artistic challenge for a singer-songwriter who prizes connection with her audience. The divide between Swift and Swiftie felt most vast on 2010s blockbuster albums like “1989” and “Reputation,” on which Swift fixated on feuds with other celebrities and the minutiae of her public persona. “Midnights” is still largely about Being Taylor Swift, but the attention she brings to her own sense of inertia and discomfort allow her to tap into something larger than herself.

Like Swift, much of her cohort is also putting off or forgoing supposedly transformative life events like marriage and parenthood, or at least attempting to reimagine what partnership and adulthood looks like in such a strange time to come of age. If “Folklore” was characterized as her pandemic album, “Midnights” feels like her are-we-ever-going-to-be-able-to-say-“post-pandemic” album, a work of exasperation and spiritual exhaustion. Here, Swift sounds more authentically like an ambassador of millennial unease than she has in some time.

For all its evocations of stasis, though, “Midnights” does represent a maturation in Swift’s perspective, particularly when it comes to depictions of other women. Unlike, say, the regrettable “Better Than Revenge” or even the campily catty “Bad Blood,” the Swift of “Midnights” is no longer chastising other women from a suspiciously lofty position of moral superiority; she’s pointing a finger at a culture that has enforced a different set of rules for her female peers or — occasionally to uncomfortably self-deprecating excess — she’s blaming herself. “No one wanted to play with me as a little kid,” she sings on the intricately composed finale, “Mastermind.” “So I’ve been scheming like a criminal ever since.”

Crucially, though, she’s also revising herself, revisiting those streamlined fairy tales she used to propagate and adding in all the doubts and complications she once left out — or wasn’t yet aware of. Most effective is “You’re On Your Own, Kid,” which plays out like a letter to her younger self, or maybe one of those side-by-side Instagram posts that points out what parts of a too-perfect picture had been Photoshopped. “I hosted parties and starved my body like I’d be saved by a perfect kiss,” Swift sings, presenting the supposedly innocent era of her early stardom with a new overlay of world-weariness and pain.

As she suggests on a warm, contented ballad like “Sweet Nothings,” co-written with Alwyn under the pseudonym William Bowery, Swift now seems to have the love she so desperately believed would usher in her happy ending on her early classics like “Teardrops on My Guitar” and “Love Story.” But the brooding “Midnights” is also proof that love hasn’t solved all her problems. The only thing that can help with that, she realizes, at the exhilarating end of “You’re On Your Own, Kid,” is chasing the next song — even if it’s just a more accurate rendering of a scene she’s already set. That, though, is something of a flex. She used to rewrite Shakespeare. Now she rewrites Taylor Swift.